show blocks helper
Back to LaCie 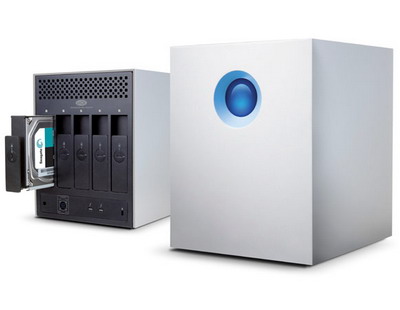 For 4K and other bandwidth-hungry workflows, external storage needs to be fast, secure, reliable, and quiet. The new LaCie 5big fits the bill, delivering Thunderbolt 2 speeds for 4K video editing, up to 30TB capacity, and hardware RAID 5/6 for no-compromise data security.

LaCie is a computer hardware company that specialises in external hard drives, flash drives, optical drives and computer monitors. The company is a subsidiary of Seagate technology. The Company LaCie was founded in 1987 in Oregon but was founded in 1989 in Paris. Their headquarters is located in Paris, France. Their website is www.lacie.com. LaCie was once two separate companies. The names of the companies are Electronique d2 and LaCie. Electronique d2 was originally in Paris, France while LaCie was originally in Portland, Oregon, USA. LaCie was purchased by Plus Development in 1990. This Plus Development was a subsidiary of Quantum. Later in March 2012, Seagate Technology announced that it would purchase the company for $186 million. The transaction was closed in 2014 and Seagate gained control of it since then.