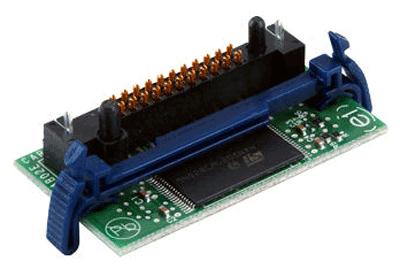 Fast and easy to deploy!
Forms are stored in the printer so there is no server to configure and maintain. There is also a low initial investment for a small number of printing devices.

Merge and Print
Merge and quickly print forms using only the variable ASCII text data transmitted over the network. This card works in conjunction with the printer firmware to monitor incoming ASCII, SAP RDI or PCL data. In the event that incoming data contains a pattern consistent with conditions set in a resident electronic form, a form merge process is initiated.

Consideration
Only one of these card may be used at any time: Forms and Bar Code, Card for IPDS, Card for PRESCRIBE or Lexmark PrintCryption Card. These cards are installed in the same single connector.