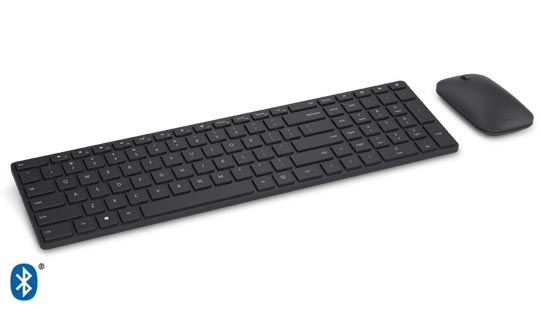 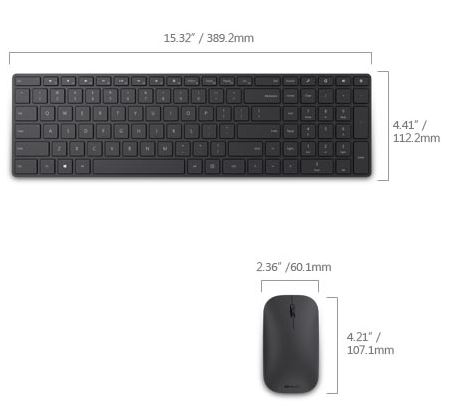 Designed to perform as beautifully as it looks.

With its ultra-thin and modern look, the Designer Bluetooth® Desktop complements the look of your desk. It wirelessly pairs to your laptop or tablet with the latest Bluetooth Smart technology– instantly connecting without wires or dongles to manage. A full-sized keyboard with built-in number pad and mouse will keep you productive at your desk. Even with its minimalist design, this keyboard gives you a robust typing experience with chiclet-style, soft touch keys. Media keys are included, so you can easily control music and videos.