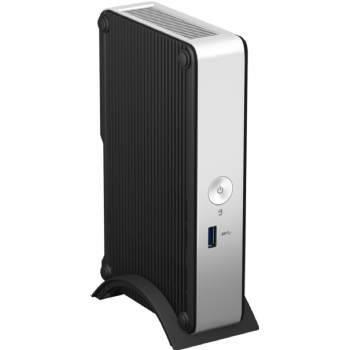 The Intel® NUC Kit DE3815TYKHE, built with an Intel® Atom™ processor for intelligent systems, is a pint-sized powerhouse for value-conscious businesses and organizations. This low-cost, low-power solution introduces many firsts to the Intel NUC form-factor: fanless thermal solution for the ultimate silence and reliability, onboard flash storage for small-footprint software solutions, internal flat panel display connectivity for built-in screens, video graphics array (VGA) port for monitor compatibility in legacy installations, serial ports header for peripherals requiring the robustness of hardware handshaking, watchdog timer for resilient system availability, and also inter-integrated circuit (I2C) and pulse width modulation (PWM) signals for interfacing with sensors and other embedded devices enabling the Internet of Things. And with its three-year supply availability, the Intel NUC Kit DE3815TYKHE will be around to support long development and production ramp cycles

Leave your contact details and we’ll let you know when Belong is available in your area. If you are interested