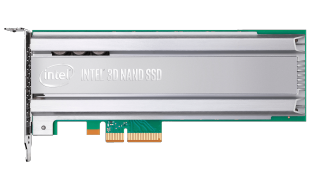 Packed with a deep feature set, this Intel 3D NAND SSD for data centers is optimized for the data caching needs of cloud storage and software-defined infrastructures. Modernizes the data center with a combination of performance, capacity, manageability, and reliability.